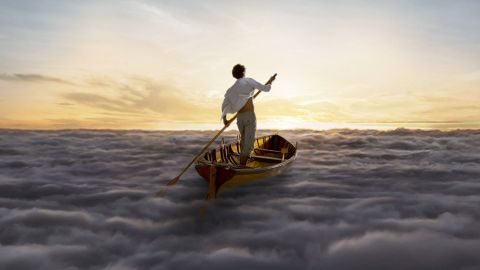 Although he was gradually marginalised and eventually ousted from Pink Floyd by Roger Waters, and forced humiliatingly to return as a salaried musician, Rick Wright played a key role in the group’s sonic architecture. He was most obviously to the fore on the earliest Floyd albums, contributing songs such as Remember A Day which offered a gentle, unassuming contrast to the agitated psychedelic musings of Syd Barrett, as well as lead vocals on Astronomy Domine and Matilda Mother.

He was no grandstanding soloist, no caped crusader of the keyboard, preferring a more discreet but highly effective role, particularly on the live section of Ummagumma, a 1969 foray into space rock which is among Pink Floyd’s most influential bequests to contemporary music. His echoing organ tones hang high in the rafters of Careful With That Axe, Eugene, while his contributions to Echoes on 1971’s Meddle are key to Floyd’s signature spatial sensibility.

However, as Roger Waters actively assumed overall control of the group, practically the sole songwriter by the time of The Wall, Rick Wright receded into the background, playing a more passive role, more interested in applying textures, and side projects writing film scores. Waters insisted Wright leave the band, but after Waters himself quit Floyd in 1987 Wright was reinstated, and eventually re-established parity in the group with Nick Mason and David Gilmour. Subsequently, despite Waters’s former dominance the three enjoyed rather more success trading under the Floyd name than Waters did as a solo artist. Rick Wright died in 2008, aged 65. Floyd’s new album The Endless River is a tribute to him. It was whittled down from 20 hours of music recorded during the sessions for 1994’s The Division Bell, to which Wright contributed tracks, but which has been re-recorded, added to and reworked over the years by Gilmour and Mason with the assistance of guitarist Phil Manzanera. The cover art does not augur well: a fellow in white trousers and matching, billowing shirt who looks like a fugitive from a 1980s advert, standing upright and rowing a boat towards a setting sun on a bank of clouds. Opening track Things Left Unsaid, however, is rather promising. It begins with a clip of (presumably) Wright discussing band relationships, and hinting at a very English, very male form of association in which verbal communication wasn’t at a premium. It’s a lovely piece, with low-level chatter giving way to an Eno-esque wheeling through a vast and poignantly empty cosmos. It reminds, ironically, of Shine On You Crazy Diamond, Floyd’s homage to the still-alive Syd Barrett, on which Gilmour and Wright worked so well together. Unfortunately that’s about as good as it gets. It’s What We Do settles into a rather more complacent lethargy, as the drums set a dull pulse amid instrumental textures that would have been over-familiar even in 1977. There’s a certain, arcing complacency too about the warmed-over, still lukewarm Ebb And Flow, which makes you want someone to dig the players with an electric prod. Skins is a little better, thanks to Nick Mason who really gets to work over the full range of his drum kit in a way that reminds uncannily of old live versions of A Saucerful Of Secrets. But then Anisina trudges into view, with its mildly shrill guitars and sax reminiscent of the final scenes of some ponderous old film in which our hero returns to the bosom of his country home after an uninteresting adventure abroad. The Lost Art Of Conversation returns implicitly to the theme of unspoken affection of the opening track, rumbling wistfully as Wright’s piano tinkles ghostlike. On Noodle Street relieves the overall blandness with a hint of colour and saffron in its interplay, and Night Light is pleasant enough in its rippling ambience, though the music world has long-since caught up with and superseded Floyd in this department. Allons-y (1) stirs itself into a guitar-led clop, à la Run Like Hell from The Wall, before Autumn ’68, a melancholy organ-based reflection on a younger, much more hypermetabolic Floyd era. Calling threatens briefly to enchant darkly, à la Bowie in his Berlin phase.