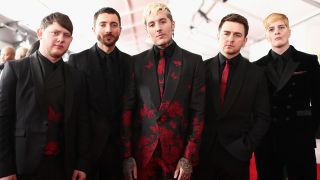 Bring Me The Horizon have released a live video showcasing their new single Ludens.

The performance was captured in Tokyo last month when Oli Sykes and co supported Babymetal, with the track featuring on the soundtrack to Hideo Kojima’s PlayStation 4 hit Death Stranding.

In addition, Bring Me The Horizon have also shared a short video of them meeting fans and hanging out with Babymetal while in Japan. Both videos can be watched below.

Speaking previously about the tie-in with Kojima’s latest video game, frontman Sykes said: “Death Stranding is a game I’ve been waiting for long before collaborating with them was on the table.

Death Stranding
Hideo Kojima’s new video game see the player take control of Sam Bridges as he traverses a ravaged landscape crawling with otherworldly threats in order to connect and save mankind.View Deal