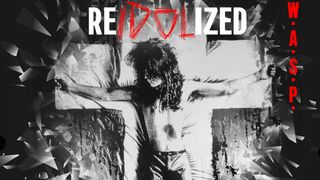 With this year marking 25 years since the release of ‘The Crimson Idol’ – W.A.S.P’s ambitious and critically-acclaimed fifth album – the band hit the UK and Ireland in October with the Reidolized Tour AND a re-recorded version of the album along with a 50 minute DVD film of the entire story.

The tour will see W.A.S.P perform The Crimson Idol in full – accompanied by the film – followed by a second set of hits. 02 pre-sale at selected venues starts now, with tickets on general sale from 9am on Wednesday 25th January.

Released in 1992, The Crimson Idol was made over three years and, initially, was a Black Lawless solo album, to all intents and purposes. The album chronicled the rise to fame of a rock star named Jonathan who ultimately meets a tragic end.

The re-recorded version of The Crimson Idol comes hot on the heels of last album, Golgotha, about which Classic Rock commented that the band “retain a level of credibility that precious few of their metal peers ever even aspired to, let alone achieved”.