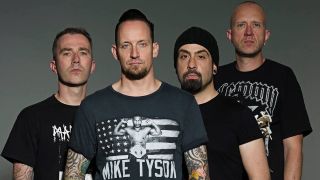 Volbeat have announced that they’ll play a free show at London’s House Of Vans later this month.

The Danish outfit will take to the stage at the iconic venue in the city on May 30, with tickets for the gig available from 4pm GMT today (May 14) from the venue’s website.

Volbeat have lined up the show ahead of their appearance at the Download festival on June 8, with the show slotted into the their run of European live dates which will get under way at Belfast’s Telegraph Building on May 26.

The band will be playing in support of their latest album Seal The Deal & Let’s Boogie, which launched in 2016. Volbeat are expected to return to the studio later this year and hope to release the follow-up in 2019.