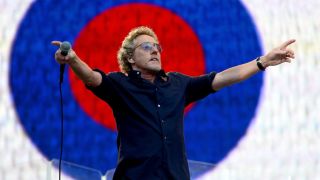 The Who have confirmed a tour of the UK and Europe starting in August.

It’ll be their first tour on their home turf since appearing at the British Summer Time and Glastonbury festivals in 2015. Roger Daltrey, Pete Townshend and co were also recently confirmed for this year’s Isle Of Wight Festival in June.

The band are currently delivering the remainder of their The Who Hits 50 US tour dates, which were postponed from last year after frontman Daltrey was diagnosed with viral meningitis. After announced rescheduled dates, he vowed the veteran outfit would return “stronger than ever.”

The latest tour is entitled Back To The Who. Tickets go on general sale at 9am on May 6 (Friday) and on May 5 in Germany.

The Who Hits 50 remaining postponed US dates

Rolling Stones, Dylan, Young, McCartney, The Who, Waters lined up for concert