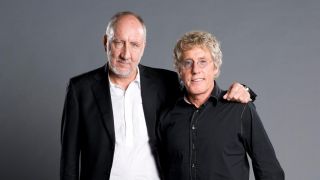 The Who have been confirmed as Saturday night headliners for the Isle Of Wight Festival 2016.

They join Queen, Stereophonics and Faithless in headlining this year’s event, which runs from June 9-12 at Seaclose Park in Newport.

Richard Aschroft, formerly of The Verve, will join The Who as a special guest for their only UK festival appearance of the year.

It’ll mark The Who’s fourth appearance at the Isle Of Wight Festival, following their performances there in 1969, 1970 and 2004.

Festival organiser John Giddings says: “The Who are part of the fabric of the Isle of Wight Festival, and it’s great to welcome them back to the island as part of their ongoing 50th anniversary celebrations.

“We’re proud to have a line up of home-grown headliners to help celebrate our own 15th anniversary and ensure that this year delivers yet another unforgettable weekend of music.”

Status Quo, Adam Ant, The Cribs, Iggy Pop, The Damned and Alabama 3 are among the other acts lined up for the festival.