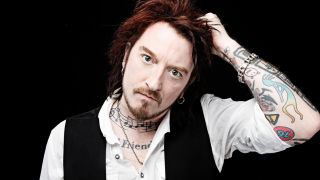 The Ginger Wildheart Band have announced a summer UK tour.

The run of seven dates is scheduled to kick off on July 12 at Bristol’s Exchange, and wrap up at the Portland Arms, Cambridge, on the 20th of the month.

Support on all dates will be provided by Ryan Hamilton & The Traitors along with Massive Wagons.

Ginger says: “I have to say that I’m huge fans of both bands, and if you aren’t already, then get down early and let’s feed your head and heart with some mighty melody and gargantuan guitars.

“The whole event is set to be a classic rock package, the likes of which haven’t been seen on these shores since bands could all play.”

Ginger will be joined on the road by bassist Toshi, drummer Denzel and guitarist Conny Bloom.

Last month, he released The Ones That Got Away on vinyl for Record Store Day. It was issued via his recently launched record label Round Records.