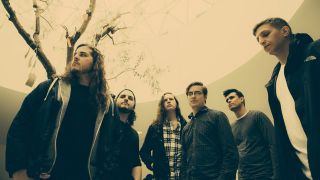 US prog metallers The Contortionist have released a cover of The Smashing Pumpkins 1995 hit 1979. You can watch the video in full below.

"We’re very excited to release a video for our cover of The Smashing Pumpkins' timeless song 1979," singer Michael Lessard, who also directed the video, tells Prog. "It’s a song that we all grew up with and hold dear to our hearts. It felt only fitting to use footage from the growing years of the band for this one."

1979 is taken from the band's Our Bones EP, which was released last year through Entertainment One. The band will tour North America later this year as support to Devin Townsend.

"We couldn’t be happier to finally be sharing the stage with a Devin Townsend and Haken," says Lessard. "We’ve been working on some new things to bring to our live show, so we’re excited this is the tour we get to do that!"