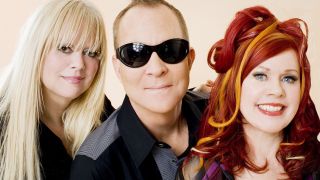 The B-52s have announced that they’re bringing their farewell tour to Europe this summer.

Fred Schneider, Kate Pierson, Cindy Wilson and Keith Strickland previously revealed a run of US shows throughout June, July, August, September and October – but before those get under way, they’ll play nine shows in the UK and Europe.

The tour will get under way in Amsterdam on June 23 and wrap up in Paris on July 5. Tickets will go on general sale on March 29 (Friday).

In addition to their live shows, the US new wave outfit – best known for tracks including Rock Lobster, Planet Claire, Love Shack, Roam and Private Idaho – are planning several career retrospectives. Details will be revealed in due course.

A documentary about the band and an official book are also currently in the planning stages.