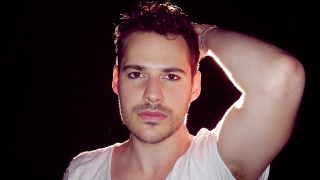 That Joe Payne has announced that he will release his debut solo album, By Name. By Nature, on August 7. It's the singer's first full-length release release since he left The Enid in 2016.

The new album showcases every facet of Payne's five- octave vocal range, and runs the musical gamut ranging from prog to pop with exploring his post-Enid years, in which he suffered and recovered from a breakdown.

“I needed people to hear what I went through,” says Payne. “I had a lot of different album concepts, but this had to be the first one to help me let go of the stuff that was holding me back for so long. All that dark stuff, it’s all laid to rest now. I’ve gone from caring too much about what other people think of me to not giving a shit anymore, and it’s a great freedom.”

“Because The Enid’s music was symphonic rock, having an orchestral nature with mad modulation and complexity behind it all, I felt like I had to really live up to that. Making sense of my ideas didn’t start until a couple of years ago. It was quite a nerve-wracking thing for me, I had to spend a long time learning to trust my instincts and believe in myself.”

“Originally I didn’t want to alienate Enid fans, but I was also determined to bring in more of a pop element as well,” Payne explains. “By the end of the recording process I’m doing By Name. By Nature and Nice Boy, and at that point I’m just producing the record I want to make. They have that symphonic rock element, but I was always interested in that classical crossover stuff – that’s why The Enid appealed to me in the first place. So that was always going to be a part of my sound. But by the end I was prepared to take any risk under the sun and see what I could get away with.”

Payne has previously released his debit solo single I Need A Change in 2017 and the seven-track What Is The World Coming To EP in 2018.

Pre-order By Name. By Nature.