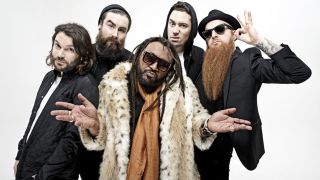 Skindred, Annihilator and Municipal Waste have been revealed as the latest additions to the Bloodstock 2017 bill.

Municipal Waste frontman Tony Foresta says: “We are very excited to be finally returning to one of our favourite metal festivals – Bloodstock.

“We’re looking forward to getting greasy with all of our UK fans.”