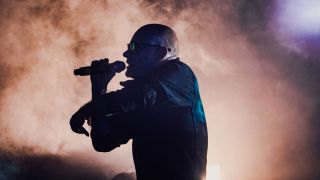 The Sisters Of Mercy will be returning to the UK in March 2020 for a short run of shows across England.

Andrew Eldritch, Chris Catalyst and Ben Christo will kick the shows off in Manchester on March 7 and wrap up with an appearance in Nottingham on the 11.

The Sisters Of Mercy haven’t released a new studio album since 1990’s Vision Thing, despite promising that they would drop a fresh record if Trump was elected as President of the United States back in 2016.

Eldrich commented: “The population doesn’t seem to realise just how much it’s being taken for a ride. I can tell you one thing, if Donald Trump actually does become president, that will be reason enough for me to release another album. I don’t think I could keep quiet if that happened.”

The band released compilations Some Girls Wander By Mistake and A Slight Case Of Overbombing in 1992 and 1993 respectively.

Tickets for the four dates will go on sale this Friday (November 15) via My Ticket.