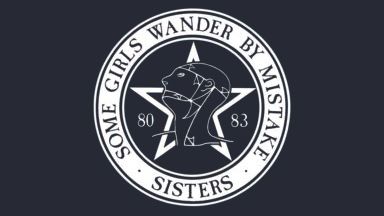 Despite releasing only one new song in the past 27 years, Andrew Eldritch’s techno-goth trailblazers remain the cult that will not die. They still fill arenas in Europe, while their rare UK shows are frenzied sell-outs.

Newly remastered as a vinyl box set, this 1992 compilation of early singles and EPs captures the future doom-rock overlords as a febrile work in progress between 1980 and 1983, a rough beast slouching towards Leeds University Student Union.

At almost eight minutes, the full-length zombie-apocalypse cyberpunk stampede of Temple Of Love is the sole crossover anthem here. Reissued in 1992, it gave the Sisters their biggest hit.

Some of these primitive experiments haven’t aged gracefully, with too much spindly drum-machine clatter and juvenile sleaze-horror schlock. But Phantom and Kiss The Carpet remain impressively cinematic, meshing moody guitar twangs with stuttering electro beats, while the slamming technometal cover of Iggy’s 1969 is basically Eldritch shamelessly confessing where he copped his Nosferatu vocal croak.

More interesting are very early tracks such as Watch, Body Electric and Adrenochrome, recorded when the Sisters were still post-punk proto-goths who shared more sonic terrain with PiL or Cabaret Voltaire than the none-more-black hordes who would later follow them into the eternal night.