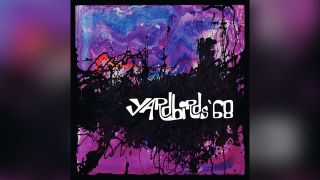 Jimmy Page has produced an 18-track Yardbirds compilation album that focuses on rare material laid down in 1968.

Entitled Yardbirds ’68, the double-disc set contains eight studio recordings plus 10 live tracks from the Anderson Theater in New York City in March of that year, soon before the band began to break up, leading Page towards the formation of Led Zeppelin.

The show includes two tracks that Page went on to revisit with Led Zep – Dazed And Confused and White Summer. Also present is the Yardbirds’ studio version of Knowing That I’m Losing You, which later appeared on Led Zeppelin III.

The collection will be available in a deluxe box set signed by Page and former bandmates Jim McCarty and Chris Deja, plus CD and vinyl editions.

The three artists say in a statement: “We thought this might be lost forever, but we’ve rediscovered it, remixed it.

Yardbirds ’68 is available for pre-ordernow. See the full tracklist below.