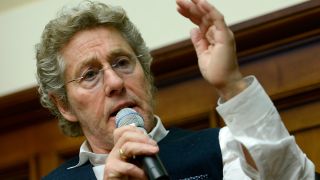 Roger Daltrey says The Who are unlikely to ever release another album because the internet has “stolen” the music industry.

The frontman admits he and guitarist Pete Townshend have discussed the possibility of making a follow-up to 2006’s Endless Wire, but as it stands he can’t see it happening.

The Who unveiled standalone single Be Lucky in 2014 and at the time, Daltrey hinted that a full album would follow.

But he tells Rolling Stone: “We’ve talked about it, but it’s not going to be easy. There’s no record industry anymore. Why would I make a record?

“I would have to pay to make a record. There’s no royalties so I can’t see that ever happening. There’s no record business. How do you get the money to make the records? I don’t know.

“I’m certainly not going to pay money to give my music away free. I can’t afford to do that. I’ve got other things I could waste the money on.”

Asked why the record industry is in the state that it’s in, Daltrey adds: “Well, it’s been stolen. The way the internet has come about has been the biggest robbery in history, like musicians should work for nothing.

“You get paid for streaming, my ass. There’s no control. Musicians are getting robbed every day. And now it’s creeping into film and television, everything now.

“You notice, the internet is a slowly but surely destructive thing in all ways. I don’t think it’s improved people’s lives. It’s just made them do more work and feel like they’re wanted a bit more, but it’s all bollocks.

“They feel like they’re wanted because they got 50,000 Facebook likes or whatever, and it’s all bollocks. Look up for a while. Live in the real world.”

In the same interview, Daltrey discusses The Who’s early tours with the Beatles, his admiration for Eddie Vedder and the aims of his Teenage Cancer charity.

The Who will play at October’s California mega-festival Desert Trip, along with Paul McCartney, Roger Waters, Bob Dylan, Neil Young and the Rolling Stones.

They are also on the bill for the Mad Cool Festival in Spain on June 16 and the Azkena Rock Festival, also in Spain, on June 18. On Saturday, June 11, The Who headline the Isle Of Wight Festival.