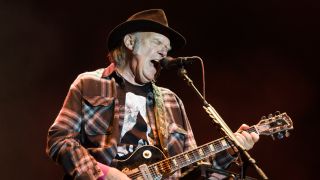 A second weekend has been added to the California ‘mega festival’ Desert Trip.

The Rolling Stones, Bob Dylan, Paul McCartney, Neil Young, The Who and Roger Waters were previously confirmed for a two-day event at Empire Polo Club in Indio on October 7, 8 and 9.

Now organisers have announced that, due to overwhelming demand for tickets, all six acts will return to the site the following weekend, October 14, 15 and 16. But tickets for the second weekend sold out within hours.

As with the original lineup, the Stones and Dylan will perform on the Friday, with McCartney and Young lined up for the Saturday and Waters and The Who taking the stage on Sunday.

Organisers Goldenvoice say: “With performances starting after sunset, each artist will play a full set, serving up three incomparable nights of rock‘n’roll.

“Located at the home of the critically acclaimed Coachella Valley Music and Arts Festival, this is the only time and place to see this incredible lineup.”

More info on the festival can be found at the official Desert Trip website.