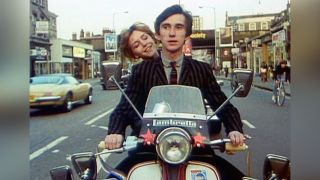 A sequel to the movie based on The Who’s Quadrophenia concept album is to start shooting later this year, with original stars Phil Daniels, Toyah Willcox, Mark Wingett and Trevor Laird returning.

Set in the present day, the story follows Daniels’ 1960s mod character Jimmy into late adulthood, and it’s based on Peter Meadows’ novel To Be Someone – which itself was inspired by Quadrophenia.

Director Ray Burdis tells the Mirror: “Pete Townshend has give To Be Someone his blessing, and the mod culture is still a major movement.

“Now we’ve got the core cast in place, we’re constructing the other characters carefully and slowly. There are more big names to be announced.”

He adds: “I’m hoping it’ll spark a new generation of fans. Kids have nothing to grasp on to like the punk days – we need something refreshing to come through.”

It’s not known whether The Who will play any active role in the production, although Burdis says the soundtrack will feature “young talented bands” along with “a couple of classic tracks for the original generation.”

“The natural journey for my character has seen her become a sexual predator, working in the sex industry as a madam. She’s married to one of the other main characters, and they’re swingers.”

The Quadrophenia album was released in 1973 and the acclaimed movie followed six years later. The Who tour the UK and Europe in August and September before taking part in the Desert Trip festival in California, alongside the Rolling Stones, Neil Young, Bob Dylan, Paul McCartney and Roger Waters.