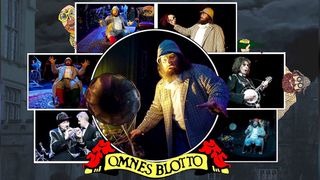 Rick Wakeman and Neil Innes are among the guests who appear alongside comedy actor Michael Livesley on the soundtrack album for Vivian Stanshall play Sir Henry At Rawlinson End.

Livesley has been performing the show for six years to positive responses, with Stephen Fry calling him an “outrageous talent” who “embodies to perfection the spirit and brilliance of Stanshall.”

The album is to be released via RRAW Records, co-founded by Wakeman. They say: “Originally created for John Peel’s Radio 1 show in the 1970s, Sir Henry At Rawlinson End – the meandering gin-soaked saga of a crumbling English stately home and the grotesques who inhabit it headed by the heroically drunk Sir Henry – perfectly distilled and encapsulated Viv’s absurdly hilarious wordplay and songwriting, which first hit the public consciousness during the 1960s via the Bonzo Dog Doo-Dah Band.