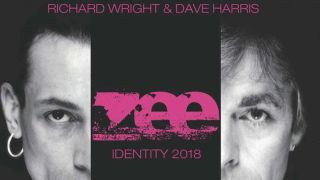 The reissue of Richard Wright's side project Zee, a collaboration with Dee Harris from Fashion, is now available for pre-order.

Last July we reported that the album, Identity, originally released in 1984, was being worked on for a potential release. Now Burning Shed have the album on their schedule. The new set will feature a remastered CD of the original album, an additional CD of unreleased demos and mixes, a lyric book and reproduced promotional photos.

The pair originally worked on the Identity album as far back as September 1982, initially at Wright's own studio in the country, before moving on to Utopia six months later to do the overdubs and master the then groundbreaking Fairlight computer which featured prominently. “We spent hours and hours just experimenting with it at first,” Wright said at the time. “The great thing about the Fairlight is that every time you go back to it you learn something else. We had to get control over it though because it would have been very easy just to have ended up making funny noises. We spent several weeks sequencing and scripting everything but it was all worth it in the end.

“For me it is exciting working with Dave because there were things that he was doing that I had not done before and vice versa. I think that Zee has given us musical opportunities that quite frankly neither of us were able to explore in our previous groups.”

Identity retails at £75, and the new box set will be signed by Harris. It is available for pre-order from Burning Shed.