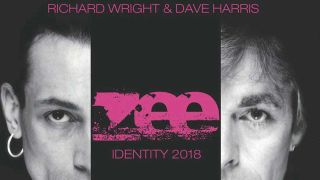 Dave Harris, the former Fashion bassist and singer, has teased a possible reissue of the sole Zee album, Identity, which he recorded with Pink Floyd's Richard Wright, which was released in 1984.

On a Facebook page dedicated to the one-off project, it's intimated that the reissue will see the light of day at some point this year, although a previous banner stating 'Zee - Identity 2017', suggests the process has thus far been somewhat laborious. The reissue is also expected to feature one extra track.

In a post from earlier this year, Harris states, "I must apologise for the time it has taken to get the album released. There has been a lot of work involved along the way and now we have reached the point of legal wrangling. As you might know I have taken meetings with Gala and Jamie who now control ‘Richard Wright Music’ and they are very happy regarding the digitisation of the original album and the new track, which has been completed from a demo idea Rick and I had at the time. At present the lawyers of ‘Pink Floyd Music’ are also working on an agreement as they are the company who own the rights to ‘Identity’. This is after a meeting at the beginning of the New Year. That is something I cannot push at this time........ Obviously PFM is a very large company, but I am told there should be no problems."

In an interview with the Pink Floyd website A Fleeting Glimpse from May, Harris has this to say... "As it happens, I am about to contact RWML. As the ball is in their court. I am ready with the complete packages but they have had various changes they wanted to make to the album package and our agreement. We could have the album out in a couple of months if everyone is compliant and right now, I don’t see why they shouldn’t be. I will keep you and the Facebook followers posted over the next couple of weeks."

In the meantime, Harris has also been working on a new Fashion album which should also see the light of day later this year.