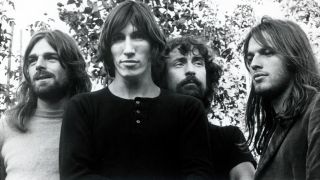 Pink Floyd’s The Early Years 1965-1972, which originally launched as a limited edition box set, it to be split and released in six individual volumes.

A statement reads: “Whether a fan of the early Syd Barrett era Pink Floyd, or to the final moments before The Dark Side Of The Moon, there is something in these volumes for fans and newcomers to the band.”

The albums feature outtakes and demos from Pink Floyd’s early records, including The Piper At The Gates Of Dawn, A Saucerful Of Secrets, Meddle and Atom Heart Mother.

The collection is said to give fans “the opportunity to hear the evolution of the band and witness their part in the cultural revolution from their earliest recordings and studio sessions to the years prior to the release of The Dark Side Of The Moon.

“From the single Arnold Layne to the 20-minute epic Echoes, fans will see the invention of psychedelic progressive rock via an insightful collection that explores the Pink Floyd story from the time Roger Waters, Richard Wright, Nick Mason and Syd Barrett met at London’s Regent Street Polytechnic, through to Syd’s departure and David Gilmour joining to form the iconic lineup.”

Over the course of the last 12 months Pink Floyd Records has released the band’s entire studio collection as stereo remastered versions on heavyweight 180g vinyl. All are mastered from the original analogue studio tapes with album artwork faithfully reproduced.