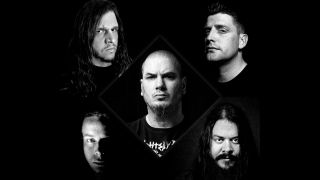 Phil Anselmo’s Scour will make their live debut at Bergen’s Blastfest in Norway on February 23 next year.

The supergroup featuring Cattle Decapitation’s Derek Engemann, former Animosity man Chase Fraser, Strong Intention’s Jesse Schobel and Pig Destroyer’s John Jarvis will headline the metal event. They join the Devin Townsend Project, Dying Fetus, Between The Buried And Me and many more bands over the weekend from February 23-25.

Anselmo previously said: “The Scour thing was just something that popped up – it’s something I think I can kill, I can lay it out. It’s predominantly modern-ish thrashy black metal stuff. I’m going to put my own spin on it.

“I don’t have to sound like your boy from Gorgoroth to get the point across – there’s other ways of singing over that style of music, and I shall employ many styles.”

Confirmed acts can be viewed below, with further additions to be revealed in due course.

Blastfest tickets can be purchased via Ticketmaster.