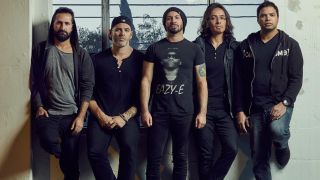 Periphery have released a stream of their brand new single titled Garden In The Bones.

It’s the latest material taken from the band’s upcoming studio album Periphery IV: Hail Stan, which will arrive on April 5 via their own 3DOT Recordings and Century Media Records.

The band revealed a video for the song Blood Eagle last month from the follow-up to Periphery III: Select Difficulty.

Speaking about the album, guitarist and programmer Jake Bowen said: “We finally spent a year on a record – we’ve never been able to do that.

“The quality and pacing of the work shows we took our time with this one. That’s an important note about this. We really got to do everything we wanted to do in the space we had to do it.”

Guitarist Mark Holcomb added: “I think you can hear the adventurous intent behind much of this material as a result. We’re all the happiest we’ve ever been with a release, and it’s no coincidence. Can’t wait for you all to hear it.”

Periphery will head out on tour across the US with Dance Gavin Dance later this month.