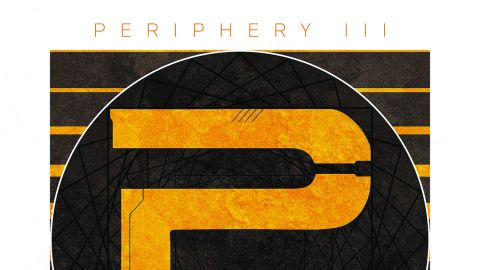 Periphery III, just to confuse you, isn’t their third record; it’s their fifth – if you count their 2015 double release Juggernaut Alpha & Omega as separate records.

The ‘three’ of the title, then, refers to a return to the more direct approach of their first two records, as opposed to the progressive meanderings of the Juggernaut saga.

Explanations over, Select Difficulty benefits from this directness; while Alpha and Omega were laudable for the band’s attempts to broaden their sonic palette beyond the addictive pleasures of vocalist Spencer Sotelo’s saccharine melodies and the snap and twang of guitarist/producer Misha Mansoor’s signature djenting, they were in dire need of focus. The Price Is Wrong is angrier than anything in their back catalogue, opening the album like they’ve a point to prove. They don’t. Periphery have mastered the art of creating pristinely produced modern metal, songs like Lune containing hooks that most pop acts would kill for. The exhilarating, blastbeaten choruses of The Way The News Goes… or the warm, sonorous bounce of Remain Indoors exemplify their knack for combining parts hard-hitting enough to ease your guilt at falling for all the sugary sweetness. Maturing gracefully, III finds Periphery refocused, but back within their safe zone.