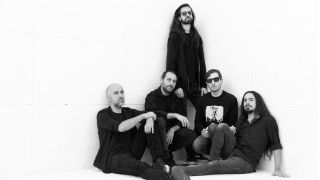 "We are so excited to be hosting the first ever live show for White Stones - the solo project of Opeth's bassist Martin Mendez," the organisers tell Prog. "The debut album releases on 20th March - the same day they'll be performing at Prognosis 2020!"

White Stones release their debut album, Kuarahy, through Nuclear Blast on March 20. The album concentrates more on Mendez's death metal roots, but mixed with a dash of  "progressive edge and plenty of Latin flair". The album features guest appearances from Opeth guitarist Frederik Akesson and Katatonia's Per Eriksson.

“I’ve always written music at home but never had the confidence to do anything like this,” Mendez tells Prog. “I never wrote a song, never presented something I wrote for Mikael. I didn’t have any direction, I came up with the first song for fun. I used to sing death metal 25 years ago, and the plan was for me to sing, as I’d written it all, but when it came to it, I didn’t feel comfortable at all!”

“I am 100% comfortable with what we’re doing with Opeth - it’s the best thing we could have done; I don’t think we’d be around today if we had done another death metal record. I love the challenges Opeth presents, we experiment a lot in the studio. When it comes to me writing death metal for White Stones, it’s the style of metal I like the most."

This is the second year for Prognosis which launched last year. This year Prognosis will take place on March 21 and 22 at the Effenaar Venue in Eindhoven.

Tickets for the event cost ¢89 and are available from the event website.