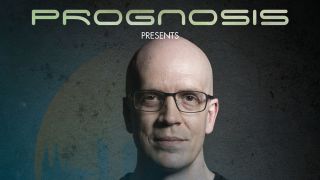 Devin Townsend has announced that he will now be bringing his new acoustic show to this year's inaugural Prognosis Festival. He joins a bill that also features headline acts TesseracT and Haken, as well as appearances from Leprous, Soen, The Gathering, Alex Skolnick Trio, Jo Quail, sleepmakeswaves, COG, Nosound, Golden Caves and more...

"It is with great pleasure that I announce my involvement with the Prognosis festival," Townsend told Prog. "I will be giving two ‘clinics’ delving deep into my recording process for the latest record Empath with my techniques for both singing and playing the instruments that contributed to its creative completion.

"I will be performing my new acoustic show to cap off the event. It will be an informative and exciting festival with a ton of great artists involved and I'm also going to be involved in the to be announced music business conference side of the festival. I hope to see you there!"

Prognosis takes place on March 22/3 at the Effenaar venue in Eindhoven. Townsend will be performing live on the Saturday, as well as hosting two music clinics. A guitar clinic on the Friday from 3.10-4.10pm and  a vocal and production clinic on the Saturday from 10.45-11.45am.