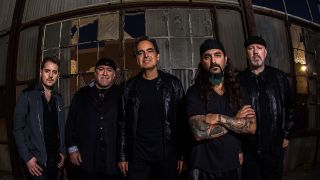 The Neal Morse Band have released a live clip of Fighting With Destiny. It's taken from the band's forthcoming live album, The Great Adventour – Live in BRNO 2019, which will be released through InsideOut Music on March 6. You can see the clip in full below.

“After the Similitude tour, expectations were really high, and we had more people coming to these shows than ever before," bassist Randy George tells Prog. "People were really excited to see it, so we had to make sure that we delivered.”

The Great Adventour – Live in BRNO 2019 sees the band return to former label InsideOut and was recorded on the band's The Great Adventure tour in early 2019 in Brno, Czech Republic, and features material from across Morse’s solo career and each Neal Morse Band album.

“This was our first time playing in the Czech Republic and this venue had a different look and vibe: the audience also turned out to be very energetic," says George. "They loved it!”