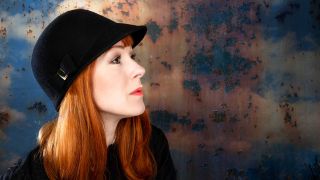 "Any excuse to wear a period frock and jump on a horse, not to mention riding in a beautiful carriage whilst sipping on a local draft, " Birks tells Prog. "What more could I wish for? I had so much fun shooting the video, even if the sea was pretty fresh and the locals were a little bemused by all my flapping around on the beach… So I hope it was worth it.

"Being a huge fan of the South West of England, Daphne Du Maurier and period dramas, I thought, why not do something really authentic for Jamaica Inn and head down to Bodmin to really capture the essence of the song; romance and turmoil of a time gone by."

Birks will release her debut solo album on April 3. Her live dates include full band headline show at London's Troubadour on April 5 as well as guest slots with That Joe Payne and The John Hackett Band. She will play: