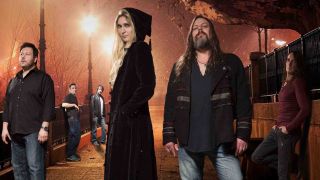 The duo performed under the name Mostly Autumn Acoustic for a run of shows in 2014, and they describe the experience as “a very exciting journey with one of our heroes.”

*Mostly Autumn Acoustic: The Genesis Revisited Tour 2014 *comes complete with Sparnenn-Josh’s recording of The Rain Song as a bonus track, and it’s on sale now.

Mostly Autumn tour the UK and Europe in the coming weeks:

The York, Belgium, Netherlands and Leamington Spa shows will also see the band return to performing a set of Pink Floyd material alongside their usual Mostly Autumn set.