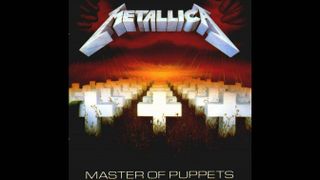 Metallica are planning on reissuing their third album Master Of Puppets, according to drummer Lars Ulrich.

In 2016, the band’s first two records, 1983’s Kill ‘Em All and 1984’s Ride The Lightning, arrived in deluxe box set packages. Now plans are in place for their classic 1986 album to receive similar treatment.

Drummer Lars Ulrich tells Voir: “It’s next. We’ll try to get it out by the end of the year – it’s coming. We are working on it.

“We hope to have it out by the end of the year, if not, a little later.”

Last year, to coincide with the launch of Matt Taylor’s book Metallica: Back To The Front, the band reflected on their classic album.

Vocalist and guitarist James Hetfield said: “I think Master Of Puppets signifies for a lot of people – and it does for me as well – the pinnacle of the Cliff Burton era with Metallica, obviously, but also it was still rebellious. Back then it was just the four of us in a van out to conquer the world.”

Ulrich added: “Master Of Puppets seemed to be the culmination of the journey that had started four or five years before with James and I getting together, writing some songs, Kirk and Cliff joining at separate times within six months, and that lineup settling.”

Metallica are currently on the North American leg of their WorldWired tour and will head back to Europe in September for a run of further shows. Find further details below.

30 things you might not know about Master Of Puppets