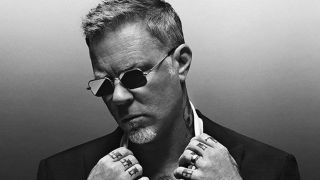 Metallica have teamed up with Italian menswear brand Brioni in a Bohemian Rhapsody-inspired advertising campaign.

Metallica say: “We are beyond thrilled to have been invited to be the face of Italian luxury menswear powerhouse Brioni as they kick off their first creative campaign under the direction of newly appointed creative director, uber cool style star Justin O’Shea.

The full photoshoot can be viewed in the gallery below.

Meanwhile, the band were reportedly the victim of a hoax which claimed they would play at a restaurant called Joe’s Crab Shack in Tucson, Arizona, next month.

But Andrea Grey, whose family owns the restaurant, tells KVOA they know nothing about the competition and that it is a hoax.

Metallica are currently working on their long-awaited 10th album.

Metallica album is ‘exactly what it’s supposed to be’