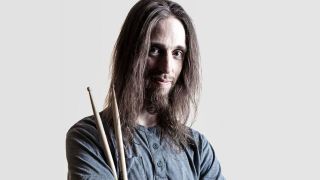 Megadeth have confirmed that touring drummer Dirk Verbeuren has become a full-time member of the band.

The former Soilwork man took over from Lamb Of God’s Chris Adler in May as Dave Mustaine’s outfit continue their world tour in support of 15th album Dystopia. Verbeuren, 40, was given the temporary job on Adler’s recommendation.

Mustaine says: “Chris’ contributions are sure to be felt for years to come. Megadeth has been revitalised by Chris’ playing, as well as his excellent suggestion of Dirk to drum with us.

“Tremendous thanks to Chris – and a big welcome to Dirk.”

Verbeuren says: “Dave, David Ellefson and Kiko Loureiro, I’m thankful for your warm welcome, and thrilled at the opportunity to perform and create badass music with you. Chris, thank you for introducing me to Megadeth, and for your encouragement and support.”

Adler became a guest member of Megadeth after the departure of Shawn Drover in 2014. He played on Dystopia and toured with the band on a limited basis – but despite being offered the permanent role said he remained committed to Lamb Of God.

He says: “It’s been an honour and a pleasure to join my favourite bands of all time, and to be a part of their return to the top. I had an amazing time.

“There was no argument or drama, no hidden story. Megadeth needs and deserves a full-time drummer – and as much as I’d like to, I can’t be in two places at once.”

Describing Verbeuren as “probably one of the top three drummers in the world,” Adler adds: “I still can’t believe it when I think of myself as a kid, opening up my Megadeth albums. And now I’m an alumni. I’m very proud of that, and I’ll continue to be their biggest fan.”

The band this week teased a video for their track Post American World. Further Dystopia tour dates are to be announced soon.

Dave Mustaine: It's a terrible lie that I'm difficult to work with