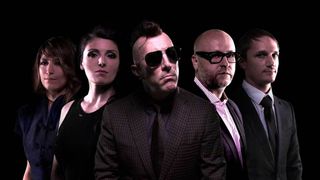 Earlier this month, Puscifer released a video for their new single Apocalyptical.

It was the first material from the band since 2015’s Money Shot, with Maynard James Keenan co. previously teasing new activity on Instagram.

Asked in a new interview with Revolver if Tool’s postponed tour led to Puscifer’s return or if a new album had already been planned, Keenan replies: “Whenever we start getting on a roll with music with guitarist Mat Mitchell or any of the projects, I always like to look ahead and plan so I'm not over-promising.

“I’d rather over-deliver than over-promise. That's always the better path. So we were penciling in 2021 because we'd be wrapping up with Tool and be able to get to work, but then things started getting strange.

“Once there's no touring, there's no reason to not release the music sooner, so we're pounding away at trying to get things done. It's not done now, but it's very close and we're planning for a fall release.”

Keenan also reports that Apocalyptical was conceived before the coronavirus outbreak swept across the world, saying: “Mat has been having a lot of fun with some old-school keyboards and tech, so we had a bunch of stuff that we've been working on for the latter half of 2019.

“Once we hit a certain threshold, like, maybe vocals, words and music at 75% on a lot of things, then we just have to do a little bit of a push so we can definitely get it done by X date and out into the world by X date.

“So that all pretty much came together around harvest last year, and we've been pushing hard to get the rest of it done this spring.”