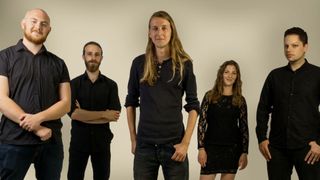 UK prog rockers Maschine have announced a string of joint headline UK dates with US proggers District 97 for October.

Maschine will release their third studio album, Colour Of Man later this year and will be debuting material form the new album on these dates.

Chicago-based District 97 will release their new album Screens in September. The band will also be headlining the Sunday night, (October 6) at this year's Summer's End festival.