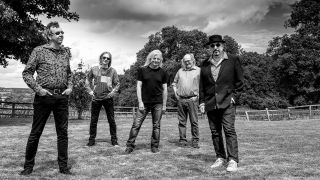 UK melodic prog rockers Lifesigns have announced a series of UK dates for August, September and October. These are likely to be the band's last live shows before beginning work on a new album, the follow-up to 2017's Cardington.

"Lifesigns venture out for a short late summer tour in August and September," Young tells Prog. "Starting at the fabulous Trading Boundaries in Uckfield, before heading for the third time to Scotland. The popular local show at the Craufurd in Milton Keynes will be followed by new venues for Lifesigns with gigs at Eleven in Stoke on Trent and Ivory Blacks in Glasgow. We hope the Stoke on Trent show will also prove to be  popular with fans from the Midlands and the North West. These will probably be the last Lifesigns shows of 2019 as work is due to commence on the third album."