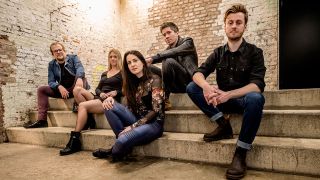 “In the months that followed the tour, a lot of blood, sweat and tears were poured into the creation of ‘Mosaic’, vocalist Maartje Meessen tells Prog. “The result is an emotional, open and honest record, and our most dynamic release to date. We really wanted to capture and recreate the energy of our live performance on record; Something that would seal the elation of being on the stage, in the heat of the moment, without thought for the blueprints of the ever-restrictive confines of genre definition.”

At the moment, the band's proposed May live dates are still going ahead. They will play:

For up to date info on live dates check the band's website.