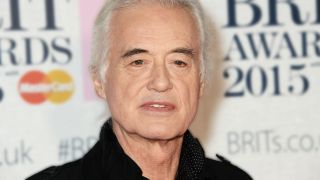 Led Zeppelin guitarist Jimmy Page has argued that the chord sequence at the heart of the Stairway To Heaven trial “has been around for ever.”

He was testifying during the third day of legal proceedings in a Los Angeles court, after the representatives of late Spirit guitarist Randy California claimed Led Zeppelin had taken the introduction to 1971’s Stairway from California’s 1968 release Taurus.

During his second day at the witness stand, Page was asked about having said that the structure was more similar to Chim Chim Cher-ee from 1964 musical film Mary Poppins than it was to Taurus.

He told plaintiff lawyer Francis Malofiy: “No, I didn’t say that. I may have said the chord sequences are very similar – because that chord sequence has been around for ever.”

Judge Gary Klausner wouldn’t allow Page’s analysis of the song to be taken as expert testimony since he hadn’t been called in that capacity.

Musician Kevin Hanson, who was called as an expert witness after Page was dismissed, said that although the rhythm of the two pieces were slightly different, “to my ear they sound like one piece of music.” He added during cross-examination that he could easily tell the two songs apart.

Page confirmed that a company set up to distribute rights payments between the members and heirs of Led Zeppelin last year shared out more that £6.6m from royalty payments accrued by the band’s catalogue in the previous year.

He’d said during his first day of testimony that he’d never heard Taurus and was surprised to find it in his record collection, while surviving members of Spirit were unable to prove that Page had ever seen the band perform the track.

Judge Klausner once again reprimanded Malofiy on a number of occasions during the day, telling him at one stage: “You’re wasting a lot of time.”

Led Zeppelin attorney Peter Anderson objected to the production of some pieces of evidence by Malofiy, saying they hadn’t appeared on the court’s list of exhibits. He also objected to his counterpart’s attempts to discuss contracts that had been deemed confidential at pre-trial hearings. Klausner described the situation as “abominable.”

An electric piano was delivered to the court, but it wasn’t used, and neither was the guitar Page brought with him.

In another development, Malofiy successfully presented a counter-argument to Led Zeppelin’s claim that the statute of limitations had expired on Stairway. During examination of Page he was able to suggest that a previously-unreleased version that appeared in the band’s recent remaster series was within the statute.

The trial continues, with the case for the defence expected to begin on Friday afternoon (June 17). Led Zeppelin frontman Robert Plant and bassist John Paul Jones are expected to take the stand at some point.