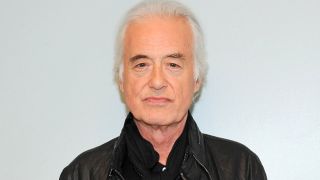 Led Zeppelin guitarist Jimmy Page has testified in court in the trial over classic song Stairway To Heaven – and insisted that he’d never listened to the Spirit track he’s accused of having copied.

Taurus appeared on Spirit’s debut album in 1968, three years before Stairway To Heaven was released. After years of speculation the alleged similarity found Page and bandmate Robert Plant in a Los Angeles court this week, with the case expected to be resolved by Friday (June 17).

Page arrived at the courthouse yesterday with a guitar case, but despite anticipation didn’t play during the proceedings under Judge Gary Klausner.

In the witness stand he admitted to owning several of Spirit’s albums, but stated that he hadn’t heard Taurus – and made a point of not listening once he knew about the alleged similarity.

Page told plaintiff lawyer Francis Malofiy: “Something appeared on the internet. There was a buzz going on in the comparison a few years ago.

“My son-in-law brought it up. I don’t do the internet so he played it for me. When I heard the orchestral part at the beginning I knew I’d never heard it before. When it started I was confused by the comparison: ‘What’s this got to do with Stairway?’”

He added: “After the comparisons I really didn’t want to get that into it.”

The courtroom was treated to a light-hearted moment when Malofiy, describing Page as a “session musician” and the “alleged songwriter of Stairway To Heaven,” had discovered at a young age that he “had a gift in his ability to play guitar.”

In his testimony he revealed that his record collection extends to 4329 LPs and 5882 CDs.

He also fielded questions about a concert in Denver in 1969, when Led Zeppelin opened for Vanilla Fudge and Spirit. Page said his band had left immediately after playing in order to make their next appearance, and that he hadn’t known Spirit were on the bill. “I didn’t think I was opening for Spirit. I thought I was opening for Vanilla Fudge. I was excited because I was a big fan of theirs.”

He agreed that Led Zeppelin had regularly performed a section of Spirit track Fresh-Garbage, which appears alongside Taurus on their debut album, but repeated that he’d never listened to the record, and that he was “surprised” to discover it in his collection: “To be honest, I could have bought it or been given it,” he says.

Asked about an interview in which he was quoted saying, “Spirit is a band I really love,” he replied: “I don’t remember. It could be distorted – in those days they still sort of jotted things down on notepads.”

Malofiy – who notched up more than 50 sustained objections during the day – also questioned Spirit members Jay Ferguson and Greg Andes about a show they’d played in Birmingham in 1970. They agreed that Plant had attended, but that Page had not, and they’d only had a limited interaction with the singer after the show.

The lawyer also called self-described Spirit “superfan” Bruce Pates to the stand, but most of his testimony as discounted because he wasn’t officially an expert witness.

It’s expected that Plant will appear in the witness box during the trial’s third day.