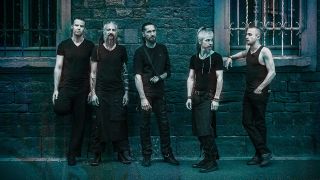 French prog rockers Lazuli have announced a run of UK tour dates for March next year. The dates include the band's appearance at Stourport's Fusion Festival. Lazuli are currently working on their latest album, the follow-up to 2018's Saison 8.

"We are always so happy to return to the UK," singer Dominique Leonetti tells Prog. "This time we come, among others, with all songs from our new album which will be released in the New Year. It'll be a special album for all our fans...”

Tickets go on sale via the venues on Monday August 12th.