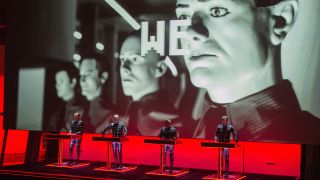 German electronic pioneers Kraftwerk have announced an 11-date UK tour for June of next year. it’s the band’s most extensive run of UK dates for 13 years. The shows will be the band’s current 3D tour which recently wrapped up a 9-date US run.

Tickets for all dates go on sale this Friday, September 30, at 9am.