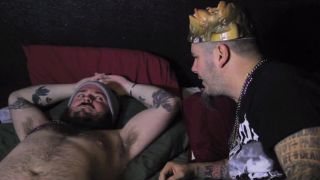 Melbourne metal crew King Parrot have just unveiled the new video for Like A Rat, featuring none other than Phil Anselmo.

Waking up next to King Parrot bassist Slatts after a night of partying, Phil ends up driving the band around for a bit – like all good friends do – before the grinding onslaught goes fucking turbo.

Like A Rat is taken from King Parrot’s upcoming album Dead Set. Pre-order from the links below:

We also caught King Parrot’s set at Soundwave in Melbourne and saw helluva wall of death. Check out the video below: