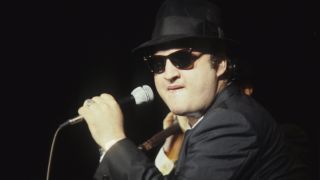 The first authorised documentary about the life of the late John Belushi will begin production later this year.

It’ll be directed by RJ Cutler and produced by John Battsek after the pair secured permission from Belushi’s widow Judith Belushi Pisano.

The film will feature photographs from Pisano’s personal collection and is the first time she’s agreed to cooperate on a movie about the Blues Brothers icon.

Cutler tells Rolling Stone: “Belushi was one of my very first heroes. At a time when film, television and music were undergoing tectonic shifts within American culture, he was at the centre of it all.

“At that moment, he had the number one show on television, the number one film at the box office and the number one record on the charts. We plan to explore his unique genius and how his creative influence is still making an impact to this moment.”

Pisano adds: “John Battsek and I have been discussing the possibility of making this film for over a decade. I’m thrilled to finally embark upon that journey together with him and RJ Cutler.

“Passion Pictures is poised to make the definitive documentary on John Belushi – a man who not only had a profound effect on the comedy landscape of America, but also made an indelible mark on the social fabric of his time which continues to reverberate today.”

The documentary about the actor, musician and comedian – who died in 1982 aged 33 from a heroin overdose – will air on US network Showtime in the autumn.