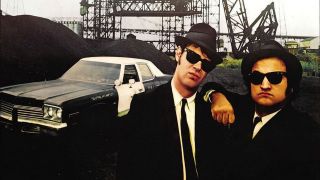 The Blues Brothers co-creator Dan Aykroyd has a plot for a third instalment of the franchise – but it’ll only take shape if a studio shows interest.

And he’s not certain the story will be told via cinema screens if the project gets the green light.

Aykroyd tells CBS: “I would have to get a call from someone at Universal, saying, ‘You know what? We would fund a third story.’”

He adds: “Whether it’s direct-to-video, cable or maybe Netflix, it involves handing it off to a younger generation.”

The blues ambassador, comedian and movie star admits he’s only ever watched the original 1980 film once, in 1998. He says: “I watched the whole thing from beginning to end, and it was a wistful experience.