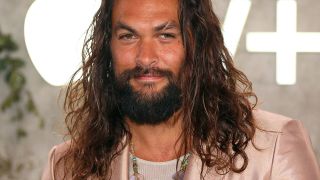 Momoa plays Baba Voss – the father of twins born centuries after a virus decimated the human race, leaving the survivors blind. With the twins born with the ability to see, Voss must protect his tribe from a queen who will stop at nothing to capture the children.

Indiewire report that the Game Of Thrones and Aquaman star is a fan of death metal band Archspire, with Momoa asking frontman Oil Peters to train him for a scene where Voss rallies his troops in a Haka-style ceremony prior to battle.

Peters tells the website: “Jason has such an interest in music and has done aggressive acting scenes before, so he was a quick learner for this.

“We spent time getting him familiar with what the vocal style is and were messaging back and forth while Archspire was on tour.

“When we hung out on sets, in between takes I’d come over to him and we’d go over the lines together.”

Peters and Archspire drummer Spencer Prewett even got the chance to make a cameo in the scene, with Peters saying: “Being on a big-budget TV set was a trip, and Jason putting us in speaks to the creative side of what he does. He has this crazy reputation and status, but he’s just a fun metal dude.”

In December last year, Momoa told Metal Hammer that his portrayal of Aquaman was inspired by Tool and their song Ticks And Leeches.

He said: "Aquaman's pretty metal. I know no one thinks that, but Aquaman's metal. I kind of build my characters off of metal songs. Conan The Barbarian was really heavy Pantera, I'd say Aquaman was probably mostly built out of Tool and Metallica album Kill 'Em All. Ticks And Leeches, if I want to get specific. There's a lot of Sabbath in there too.”