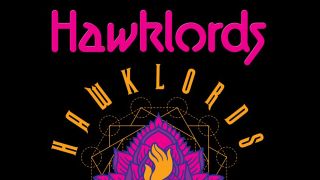 Hawklords have announced  lengthy string of tour dates for England, Scotland  and Wales for October and November. The band are promising a "carefully chosen selection of classic songs and new material will be performed by the band on The Generations Tour 2019, which kicks off in October in celebration of 50 years of British space-rock."

The band have also announced they will release their new studio album Heaven's Gate, this October.

"With our follow up to last year's Brave New World release, we thought we'd go back to Moonbase Studios to record this latest album," singer Jerry Richards tells Prog. "We very much liked the vibe of the studio and that of owner-operator Jon Webb, who is very much on 'our page' in terms of musical and cultural references and seems to understand our working methods on an intrinsic level.

"This time, however, we worked from demos that I had written during the last 12 months and along with two pieces that I suggested whilst we were in the studio the recordings are, I guess, manifestations of some of the music that has influenced us all, variously, in the course of the last 50 years. So, there is space-rock (naturally), there is acoustic slide guitar and even pop-psychedelia in the mix for this album.

"The new album Heaven's Gate is the final part in this trilogy of observations about War, Peace and Love and will be released worldwide in October to coincide with our UK tour dates, where we hope to be joined by Hawkwind founder member Nik Turner for at least some of the shows. Also on board for these dates is former Inner City Unit and Hawkwind member Dead Fred, who, alongside current band members Harvey Bainbridge, Dave Pearce, Tom Ashurst and myself, will be laying down some killer keys and sonic synths.

"So, lock the venue doors and don't let the audience out until it's all over: We are The Hawklords and we play space-rock and roll..."

Further details can be found at the band's Facebook page.