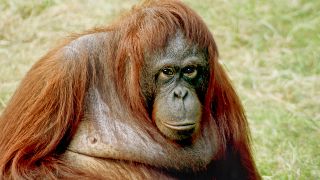 A Malaysian wildlife organisation have registered their concerns over Guns N’ Roses’ upcoming show in Malaysia.

Axl Rose and co. will play at the Sunway Lagoon in Chow Kit on November 14, but Friends Of The Orangutans are concerned that noise from the show will affect the 150 species of animals at the nearby Wildlife Park.

In an email addressed to GNR’s manager Fernando Lebeis and shared with Classic Rock, Friends Of The Orangutans’ director Upreshpal Singh says: “Though most animals – not all – are behind the stage, has the promoter of the show provided evidence from a independent wildlife expert to prove that the show will have zero impact on all of the zoo animals?

“Will all the animals be completely oblivious to sounds coming from the speakers?”

Singh goes on to suggest an alternative venue in the email , saying: “Metallica performed in Kuala Lumpur, reportedly before 30,000 fans in 2013 at a different venue, only about 16km away from Sunway Lagoon theme park.”

You can see the location of the zoo and where the band are due to play in the image below.

Guns N’ Roses will head out on the next leg of their Not In This Lifetime tour at the start of November.