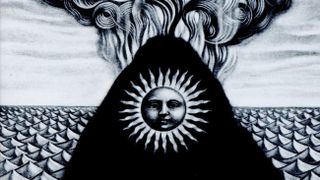 Metal Hammer have named Gojira’s Magma as Album Of The Year for 2016.

The French metal heroes’ sixth album was released in June and was quickly hailed by Metal Hammer readers as their favourite album of the year so far.

Now Metal Hammer staff have agreed and made it official by naming Magma Album Of The Year in the new issue of the magazine.

Issue 291 of Metal Hammer includes a massive Big Review of 2016 and is on sale from today (December 6) in print. It is also available via TeamRock+.

Responding to the accolade, Gojira frontman Joe Duplantier says: “We always take the hard path. We could’ve done this record with a big-name producer, spent three weeks recording and that’s it.

“But instead we spent almost three years bleeding and sweating over this thing, building our own studio and producing ourselves.

“So all the choices and decisions we made on this record made it a potential disaster, ha ha! But instead it became this special, special thing. So to be Metal Hammer’s album of the year really means a lot.”

Gojira have announced a UK headline tour for 2017, with seven shows lined up for March. Tickets are available now.

The covers stars of the new issue of Metal Hammer are Avenged Sevenfold, and as well as the Big Review of 2016 and the top 50 albums, it includes features on Iron Maiden, Lemmy, Metallica, Creeper and much more.

Why Gojira's Magma was the album we all needed in 2016