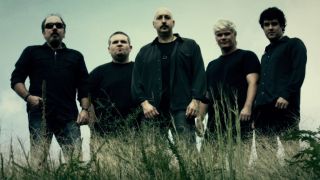 Glass Hammer have launched a question-and-answer video clip that features teaser clips from upcoming album The Breaking Of The World.

The follow-up to 16th outing Ode To Echo is due for release early next year.

Mainmen Fred Schendel and Steve Babb, plus guitarist Kamran Alan Shikoh discuss the production and songwriting, going into detail on two tracks, by way of a Christmas present for fans.

In June, Babb told Prog that The Breaking Of The World would be more of a band affair than previous projects, saying: “Kamran is really stepping up this time, and we want everyone creating ideas, music and lyrics.”

He added: “Ode To Echo was our most successful roll-out ever. We must have picked up new fans over the past couple of years. Glass Hammer is on a roll right now, happier than we’ve ever been as a band.”

They’ll appear at next year’s RoSfest in Pennsylvania in May.