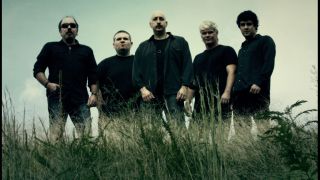 Glass Hammer have been added to the bill for next year’s RoSfest in Pennsylvania.

And previously-confirmed Enchant have been promoted to headline act on the third and final day of the 12th annual event.

They’ll appear alongside Spock’s Beard, Haken, Abel Ganz, Synaesthesia and others at Gettysburg’s Majestic Theatre on May 1-3.

“There’s also a really cool tie-in as vocalist Carl Groves performed with his band Salem Hill in 2004 at the very first Rites of Spring festival.

“In recognition of their significant impact on the American progressive rock scene, Enchant have been moved up to be RoSfest closer – the Sunday night headliner – bringing their unique style of heavy progressive rock to Gettysburg.”