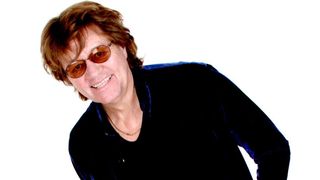 Former ELO drummer Bev Bevan has confirmed that he won’t attend the band’s Rock And Roll Hall Of Fame induction ceremony next month.

The event will take place at Brooklyn’s Barclays Center in New York on April 7, where Bevan, Jeff Lynne, Richard Tandy and Roy Wood will be honoured for their work with ELO.

But the drummer has prior live commitments meaning he can’t make the trip – and reports he would have loved to have seen his old bandmates again.

Bevan says in a statement: “Unfortunately I will not be able to attend ELO’s induction into the Rock And Roll Hall Of Fame due to the fact that I am on tour in the UK with another great friend of Jeff, Richard and Roy’s – the legend that is Jasper Carrott.

“These dates have been sold out for some time and when the news broke about our induction it was too late to change them. It would have been fantastic to meet up with Roy, Jeff and Richard again.

“I would also like to mention a few other names that I think should be recognised as part of what made ELO so magical – in particular Mik Kaminski, Hugh McDowell, Melvyn Gale and the late Kelly Groucutt.”

Bevan says he’s honoured at the accolade and adds: “Especially when I see the names of the inductees over the years. Many are my heroes, some I have had the honour to meet and others the privilege to share a stage with.

“I have been incredibly fortunate to have had a life in the music business from my first band Rocking Ronnie & The Renegades to Black Sabbath and all the bits in between, including The Move, Denny Laine & The Diplomats, Carl Wayne & The Vikings, Quill, ELO, the Brum Rocks concerts, Stand Up & Rock and more.

“It has been a blast and I still get a buzz every time I walk out on stage.”

The drummer adds: “However, I would like to add that without the support of the record buying and concert going public, my great career could never have happened. So a huge thank you goes out to everyone who has ever purchased a record that I played on or been to any of the concerts.”

ELO will be inducted into the Rock And Roll Hall Of Fame along with Pearl Jam, Yes, Journey, Joan Baez, Tupac Shakur and Nile Rodgers.

Meanwhile, Jeff Lynne’s ELO have a handful of UK dates planned for this summer. Find a list of the shows below.

Electric Light Orchestra: Where Are The Former Members Now?